IDEA StatiCa brings another big innovation to the engineering world, by introducing a software that enables an advanced but quick design and code check of all parts of a reinforced concrete structure which are known as D (discontinuity) regions. Typically known parts are dapped ends, holes, corbels or support areas. IDEA StatiCa Detail is based on non-linear FE analysis and provides results that cover stresses and strains in concrete and reinforcement, bond stresses, etc. These results are clearly presented in a simple and informative way for better understanding of the structure’s behavior. 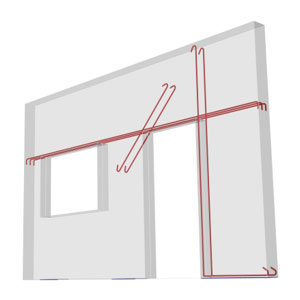 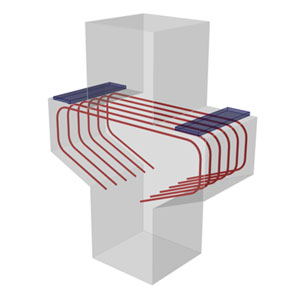 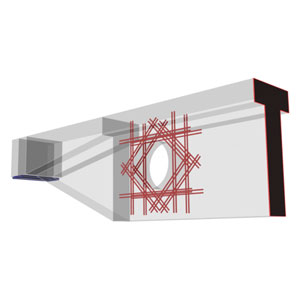 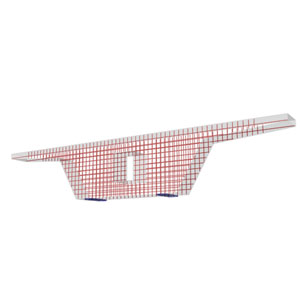 IDEA StatiCa Detail is the result of years of development from our R&D segment, in cooperation with ETH Zurich – one of the most prestigious Universities in the world in Structural analysis & design of Concrete Structures. Professor’s Kaufmann and his team is working closely with our developers and continue to push the boundaries of structural analysis software, by offering this innovative new approach to the practicing engineers around the globe.

Safe and economic design based on FEM

IDEA StatiCa Detail is based on a computer-aided implementation of stress field models. Simplified assumptions similar to the ones used in hand calculations are used, improved to allow ductility and SLS verifications, and based on clear material properties. Stress fields can be seen as a generalized Strut-and-Tie Method in which real members with stresses instead of force resultants are considered. The verification has been done against code independent cases as well as against existing codes with material laws as defined in the codes.

The software provides the possibility to design the positions and directions of reinforcement by a topology optimization method or alternatively by linear analysis. In particular, the design of the truss model by topology optimization identifies optimal reinforcement locations and directions, which can greatly assist the structural engineer in deciding how to reinforce the structure.

Assessment based on valid standards 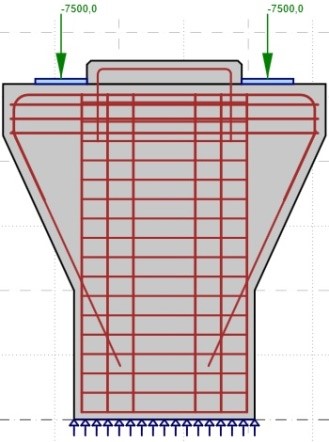 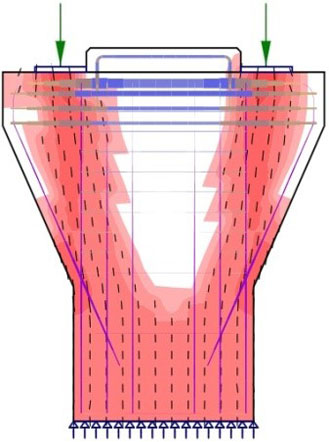 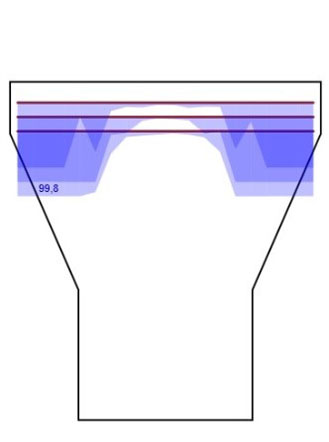 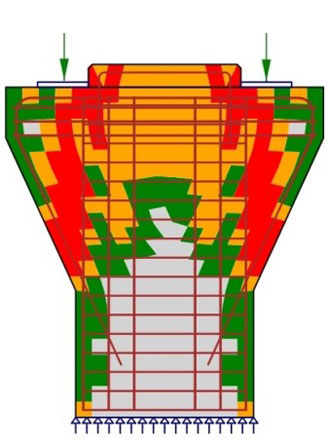 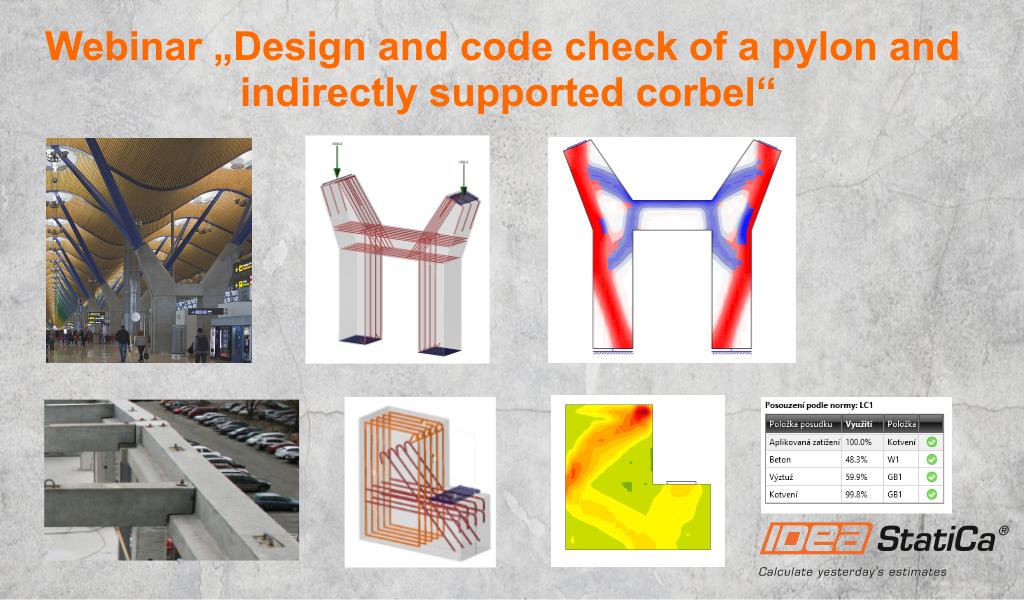 
“Design and code check of a pylon and indirectly supported corbel”

Do you want to see more?